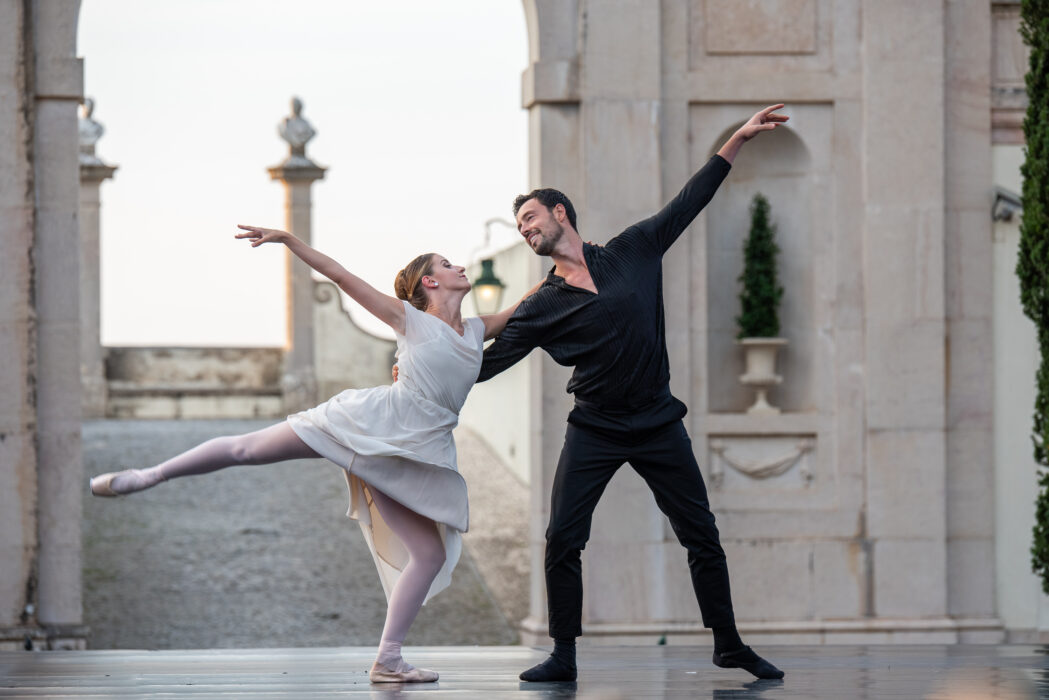 Tivoli Palácio de Seteais in Sintra, Portugal, is hosting a weekend of ballet, gastronomy and local discovery as part of the 56th Sintra Classical Music Festival. Held from 2 to 4 September 2022, the weekend will culminate in an International Ballet Gala that will see some of the world’s most accomplished ballet dancers perform in the hotel’s gardens overlooking medieval Castelo dos Mouros and 19th century Palácio da Pena. Following the special production, created by artistic directors Fernando Duarte and Solange Melo, guests will dine on dishes cooked by two Michelin starred Chef Paco Roncero and one Michelin starred Chef Joachim Koerper.  Throughout September and October, the Sintra Festival will see orchestras and artists from all over the world perform in Sintra, a UNESCO World Heritage site. Tivoli Palácio de Seteais International Ballet Gala will take place on Saturday 3rd September and will see ballet dancers from the Paris National Opera Ballet, Lithuanian National Ballet and Zurich Ballet, among others, combine the classicism of 19th century ballets with the boldest visions of contemporary choreographers.

The two-day programme starts on the Friday with The Queen’s afternoon tea. Served in the hotel’s Noble Hall, a grand room with hand-painted fresco walls telling a mythical love story, the Queen’s Tea is inspired by the Portuguese monarch Carlota Joaquina de Bourbón who lies in the Triumphal Arch of Seteais.  She was an enthusiast for Parisian fashion and luxury and this is carried through into the tea in the form of scones with homemade jam and creme fraiche, champagne and French Earl Grey tea.After this royal welcome, guests can learn about the storied history of 18th Century Palácio de Seteais which has been home to many Portuguese noble families with a guided tour by historian Rodrigo Sobral Cunha and author of the book, “Seteais in Sintra”.   On Saturday, guests can choose between a visit to Quinta da Regaleira, a romantic early 20th Century palace and chapel with lakes and grottos or the National Palace de Sintra, one of the best-preserved medieval royal residences in Portugal. This will be followed by a bohemian-chic picnic for lunch served in the gardens of Tivoli Palácio de Seteais.  The weekend will finish with the International Ballet Gala followed by a special menu prepared by renowned Chefs Joachim Koerper and Paco Roncero with wine pairing by Portuguese wine estate Herdade da Malhadinha.  Guests will be served an eight course tasting menu including razor clam tart with garlic, black butter bass and candied lemon sorbet.

The Ballet and Cultural Package in Seteais costs 1,400 Euros (£1180) for two people, based on two sharing with breakfast for two nights from 2nd to 4th September 2022.  The package includes afternoon tea, visit to a local site, picnic lunch, ballet performance and gourmet dinner with wine pairing. To book visit